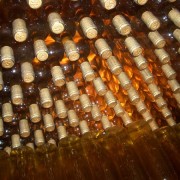 As we are heading to autumn in Hungary, which is the period of grape harvest and wine making, let’s share two stories about two special Hungarian wines…

Tokaji is the world famous, sweet dessert wine, produced basically in the northeastern corner of the country called Tokaj-Hegyalja. Legends often walk along fine wines and it is the same for Tokaji too. The most famous quote of Tokaji is connected to King Louis XV of France. Being delighted with the precious wine, he offered a glass of Tokaji to Madame de Pompadour, referring to it as “Vinum Regum, Rex Vinorum” (“Wine of Kings, King of Wines”).

So many legends exist about the origin of the name “Bull’s Blood” and all related to the siege of the Castle of Eger by the Turks in 1552. According to one of the legends, István Dobó, the captain of the stronghold, had made his soldiers drink red wine to gain courage and strength. When the Turks saw dripping down their jaws coloring them blood red, they thought that the Hungarians were drinking the blood of bulls to make themselves strong and fierce. The Turks became fearful and withdrew so the siege was broken.

Summer 2015 in the city of Vienna: Open Air Cinemas

Come and discover the Balaton region and Hévíz!
We use cookies to ensure that we give you the best experience on our website. If you continue to use this site we will assume that you are happy with it.OkPrivacy policy
Scroll to top