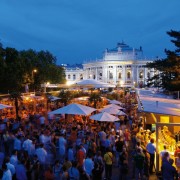 From 4 July to 6 September, Vienna’s City Hall Square is a pulsating meeting point for night owls who like to combine culture with dining out. Delicious dishes and music films from opera to pop guarantee perfect summer evenings – with free admission every day. The Music Film Festival on City Hall Square is one of the most enticing offers in Vienna during the summer. Something to suit every taste is also offered by the international leading gastronomers on site as well as by the music film program which covers every genre and is shown on the giant open-air screen. 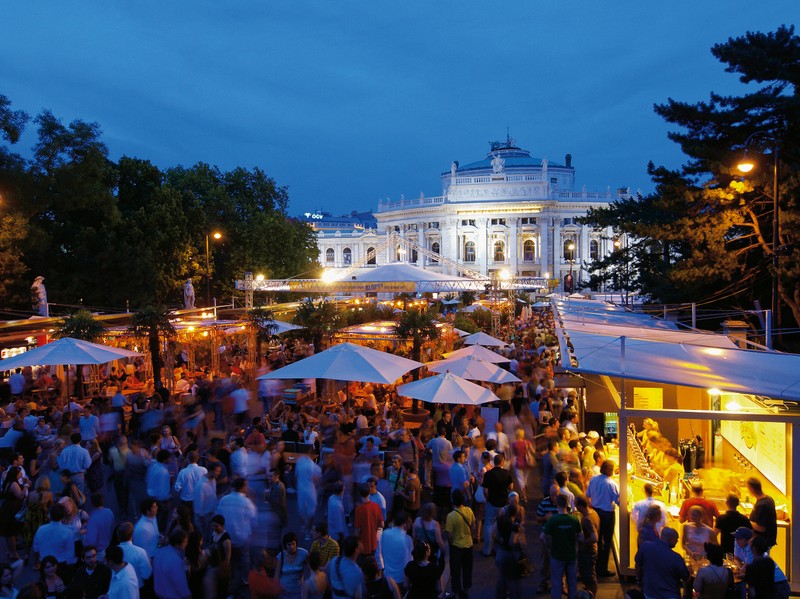 During the summer, soloists of the Wiener KammerOrchester play Vivaldi’s “The Four Seasons” at one of Vienna’s most atmospheric locations: inside St. Stephen’s Cathedral. Almost every Friday and Saturday from July to October, Vivaldi’s The Four Seasons resound in the setting of the summer cathedral concerts. Interpreting the one-hour performances is the ensemble “Soloists of the Wiener KammerOrchester”, which was founded in 1983 and whose members are established musicians of great ability.

Summer 2015 in the city of Vienna: Bars, Restaurants, and Nightlife

Summer 2015 in the city of Vienna: Open Air Cinemas
We use cookies to ensure that we give you the best experience on our website. If you continue to use this site we will assume that you are happy with it.OkPrivacy policy
Scroll to top