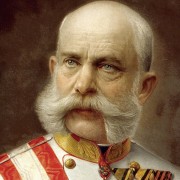 Emperor Franz Joseph died in Schönbrunn Palace on 21 November 1916. The 100th anniversary of the death of the longest-serving Habsburg emperor will be marked in 2016 by a number of exhibitions that will show interesting and so well known aspect of his life and reign.
A short overview:

Schönbrunn Palace –  People and Ruler: The focus here is on Franz Joseph as a person

A selection from more than 10,000 photographs, artworks and documents on the life of Franz Joseph.

Congatulations to the Hungarian Football Team to get into the round of 16 at...

250 years of the Prater
We use cookies to ensure that we give you the best experience on our website. If you continue to use this site we will assume that you are happy with it.OkPrivacy policy
Scroll to top